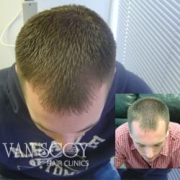 If you are experiencing thinning hair and find more hair in the sink and on your brush than you used to, you’ve probably scoured the internet for hair loss solutions that will stop your hair from falling out and help you regrow the hair you’ve lost.  There are a lot of hair loss “cures” out there, and unfortunately, a lot of them simply don’t work. And while some topical products work to stop further hair loss, they come with significant side effects and in the long run don’t give you the solution you want and need.  But there is one non-surgical, non-invasive hair loss treatment solution that does work, has no known side effects, and is FDA approved to do just what it says:  stop and in many instances regrown thinning hair. 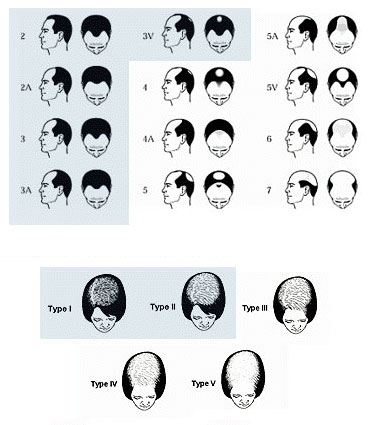 Laser Hair Therapy is clinically tested and FDA approved to stop the progression of hair loss and strengthen weak, thinning hair.  If the hair follicle has completely died, no treatment will cause it to regenerate and grow back. But if the hair follicle is still there, laser hair therapy can help it strengthen and thicken and grow back to a healthy state.  So the sooner you start on a low-level laser hair therapy treatment program, the more likely you are to see the results you’re looking for.  Typically, this means that your hair loss should be in it’s early stages – stages 1-3 on the Norwood Scale of male hair loss, or Type 1 or 2 on the Ludwig scale for female hair loss.

Laser hair therapy is a non-surgical solution to hair loss for men and women. This extraordinary solutions can restore your hairs volume and hair shaft quality for over 95% of patients.

How Do Laser Hair Therapy Work?

What makes laser hair loss treatment therapy so effective is the use of low level lasers known as cold lasers. The laser light is directed to the scalp and the effect of increasing blood flow and stimulating existing hair growth. Treatment begins with a device placed over the scalp and the low energy light is directed to those areas affected with thinning hair. You should know that the lasers used do not give off any heat to the scalp and there is heat sensation at all. In fact, if your eyes didn’t tell you the device was on, you wouldn’t know it at all.  Our Laser Hair Therapy clients usually say that they feel nothing at all and are able to sit quite comfortably for the 20 minute treatment.

Men and women in the early stages of hair loss can find that laser hair therapy offers a real solution. It is a safe treatment option with the use of low-level laser light that has been approved by the US Food & Drug Administration for the treatment of Androgenic Alopecia (genetic hair loss).

Some of the Benefits:

Who Is Laser Hair Loss Treatment Suited For?

While this method works for many individuals suffering from the early stages of Androgenic Alopecia, it is not suitable for everyone. A free hair loss consultation with a hair loss expert can determine if you would see any benefits from laser hair therapy treatments in your specific situation. We encourage you to call us to schedule a free, confidential hair and scalp analysis to determine if Laser Hair Therapy is right for you. 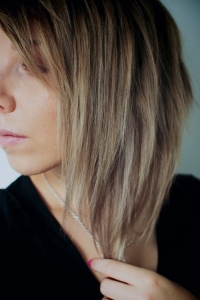 We all know how laser therapy is used to remove hair permanently. But what we don’t hear about is the use of lasers to help restore hair. Back in 1967, a Hungarian scientist discovered that the use of low-level laser therapy (LLLT) was a very direct and efficient way to stimulate hair growth. The follicles are stimulated via the laser that helps generate blood flow. And unlike the laser that takes away hair, this is a “cold light” laser, so there is no sensation during the process.

So, how long does it take? The typical process would be 2-3 visits a week that last around a half hour. The whole process, depending on the situation, can take anywhere between 4-6 months. This laser hair therapy technique is really only used for male pattern baldness and female pattern baldness. Altogether the process has no side effects and is completely painless.

In most cases, this therapy procedure produces thicker hair with more sheen than before, giving those who complete the process a much younger look. If this is you, suffering from male or female pattern baldness, LLLT might be exactly what you are looking for. If you have any questions or want to set a free consultation appointment, please contact us HERE at Van Scoy Hair Clinics. We have trained professionals who are here to help you get to where you want to be!

Many people have tried to disguise hair loss with special hair styles, wigs, hats or scarves, even though these solutions really only masked the underlying problem. Eventually, men and women suffering from hair loss could turn to hair replacement surgery for a more permanent solution. Others were frightened by the thought of a surgical procedure and continued with temporary solutions. Today, there is a better, permanent, non-surgical solution to hair loss: laser hair therapy.

Laser hair therapy or low-level laser therapy (LLLT) is a new, scientific and technologically savvy approach to the treatment of thinning hair and baldness, as well as other conditions of the scalp. During the laser hair therapy treatment, a device containing low levels of laser energy transfers that energy to the scalp, where the energy is released in the form of a laser light. The light rotates its position and reaches multiple affected areas of the scalp; as the light makes contact with the scalp, it stimulates hair follicles, which prompt better circulation. As an effect of the stimulation and enhanced circulation, the follicles are able to produce new, healthy hair.

What Are the Benefits of Laser Hair Therapy?

Men and women who choose laser hair therapy for mild or beginning stages of hair loss are likely to have the most beneficial experiences after undergoing 10 or more sessions. The biggest benefit is that these individuals can begin growing their own, natural hair. While this end result can be achieved through hair replacement surgery, many appreciate the fact that laser hair therapy is non-invasive. Others may use laser hair therapy in combination with hair replacement surgery in efforts to speed up the healing and growth. In either case, hair is often thicker, stronger and shinier as a result of the enhanced blood circulation. In addition to re-growing hair in affected areas, the procedure can also prevent further hair loss.

The History of Low-Powered Laser Treatments

Many people who hear the term “laser” may automatically think of high-powered laser beams that harness the power of heat to cut through tissue in the medical field. In the early 1960s, however, Hungarian professor Endre Mester began to experiment with the concept and effects of less powerful lasers on conditions such as skin cancer. These less powerful lasers do not produce heat and are also often referred to as “cold lasers.” Cold lasers are only able to penetrate approximately 0.5 cm (0.2 inches) into the skin, unlike traditional high-powered ones that burn through the skin. Endre Mester understood this concept; during experimentation he discovered that shaved mice began to regrow their fur after being exposed to the cold laser.

The Future of Hair Replacement

While the concept of treating hair loss with low-powered laser lights has existed since the 1960s, it has only recently become a widely accepted practice. This is, in part, due to limited historical treatment studies or research. In recent years, numerous trials and further research studies have focused on low level laser therapy for hair loss and other conditions, with positive outcomes, leading to an increase in popularity.

While it is unlikely that any changes will be made to the actual laser technology itself, it is likely that the devices used to emit the beams will become smaller, and more easily accessible. All of these factors, along with the non-invasive nature, suggest that laser hair therapy will become the preferred method of hair replacement in the future.

At Van Scoy Hair Clinics we offer the latest in laser hair therapy technology along with every other hair loss solution available today.

For more than 46 years, we have helped thousands of men, women and children in the Cleveland, Columbus and Ashland, Ohio area suffering from hair loss and thinning hair, regardless of the cause of their hair loss. To schedule a free consultation call us at (419) 289-6665 or to contact us via email click here.

It is not easy making the decision to discuss your hair loss concerns. If your hair is thinning or you are suffering from hair loss you need to look no further than the hair regrowth solutions we have here at Van Scoy Hair Clinic in Cleveland. The Van Scoy Hair Clinic in Cleveland Ohio is now using the Laser Light Therapy for hair loss solutions and haor regrowth methods to help restore thinning, damaged hair to fuller, thicker and healthier hair.
END_OF_DOCUMENT_TOKEN_TO_BE_REPLACED